Written and drawn by Yana Toboso, Black Butler, or Kuroshitsuji, is a Victorian supernatural fairy story like no other. Dark, weird, and classically gothic, this manga is fantastically written, stunningly drawn, and hugely loved both in and outside of Japan. It’s popularity is so strong in fact that its franchise has stretched beyond the manga series and anime adaptations, but also into a video game, a live-action film, and even two musical productions (only in Japan, unfortunately).

Despite volumes of the manga selling millions of copies, Black Butler is surprisingly not ranked highly in lists of the most popular manga on sale at the moment, but what sets it apart from most of its competition is the level of adoration and demand for cross-platform adaptations. The fans aren’t just satisfied with reading the story – they want the story to be as real and interactive as possible.

This only leaves one question: What is it about this manga that’s so special?

For starters – and I know this word is overused – it’s truly unique. I love manga, but like any established medium, so much of it is stuffed with generic tropes, fan service gimmicks, and ‘this-seems-very-familiar’ premises. The genres and sub-genres – although endlessly abundant – are also incredibly rigid, and most authors seem to prefer to play it safe within these genres, telling the kinds of high-school romance or action-adventure stories that the audience is used to reading and therefore easy to sell. However, it serves to note that the biggest sellers at the moment – One Piece, Attack on Titan, Naruto, Magi and Kuroko’s Basket – are actually very distinctive, showing that if an original idea catches people’s imaginations, it can really take off. 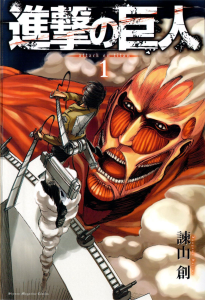 Black Butler is a manga that has certainly achieved this. Set in Victorian England, the story revolves around 13-year-old Earl Ciel Phantomhive; orphaned on his tenth birthday when his parents were killed in a mysterious fire. Upon their death, Ciel vowed revenge, and inadvertently summoned a demon – Sebastian Michaelis – whom he made a deal with: To help him enact his revenge in exchange for his soul. Until that day arrives, Sebastian poses as Ciel’s butler and aids him in fulfilling his family’s duties as Queen Victoria’s ‘Watchdog,’ solving crimes in London’s gritty underworld while facing other paranormal beings along the way. Even in the worn-out supernatural genre, it’s a pretty interesting set-up.

The characters, however, are the real heart of the series. Ciel Phantomhive is far from your typical 13-year-old boy. Despite running his family’s toy company, he has little time or interest in childish pursuits – preferring to spend his time reading the newspaper, intimidating businessmen, indulging in Victorian High-Tea, and picking over crime scenes with his tailor-made cane and permanent frown of disdain.

Sebastian Michaelis is quite simply what he says he is: “One Hell of butler.” He can do everything from cooking a three-course dinner from scratch in under an hour; to taking out armed mobsters armed only silverware. His demonic powers essentially give him enhanced strength, speed and invulnerability, but his slim physique and feline elegance are more reminiscent of Catwoman than Superman. Despite taking on a male guise, there are subtle hints throughout the story that Sebastian is in fact gender-neutral, which, coupled with his graceful but deadly demeanour, makes him a mysterious and unpredictable presence.

Sebastian also becomes the unwitting object of affection for rogue Grim Reaper (and fan favourite) Grell Sutcliffe. Grell’s sexuality is never openly discussed, but the batting of his eye lashes, the shimmy in his walk, and a certain Titanic re-enactment scene (pictured below) – not to mention his constant fawning over Sebastian’s assumed-male body – make it pretty clear what kind of stereotype he is supposed to be (…or perhaps not if you take a look at this interesting forum debate between fans). Whilst Grell is genuinely endearing, this comedic but negative stereotyping of gay men and women as camp, sexually devious, and always chasing after people they can’t get is unfortunately common in manga/anime of this genre. Sebastian’s indefinable character draws strength from exactly the opposite. 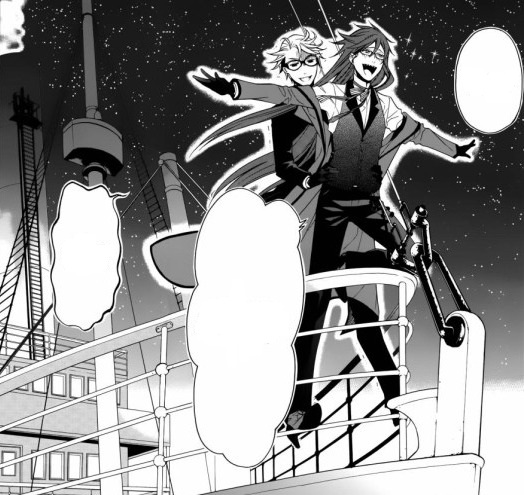 Every night in my dreams, I see you… I feel you…

The dynamic between Ciel and Sebastian is often mistaken for something perversely sexual and has inspired a wealth of, uh, not so tasteful fan fiction and art, but though I agree it is a perverse relationship, it’s certainly not a romantic one. Despite Toboso’s seductively penned expressions and glove removal sequences, Sebastian actually has no discernable sexuality. It is more of an unhealthy co-dependency to satiate unhealthy desires that he and Ciel share. For Ciel, it is the desire for revenge, and for Sebastian, it is the desire to consume Ciel’s soul. Sebastian – like the witch in the Hansel and Gretel legend – is ‘fattening’ Ciel’s soul up as he helps Ciel get closer and closer to his ultimate goal. In that role, Sebastian appears caring, nurturing, and protective, and sometimes it seems that even Ciel mistakes this for the guidance and companionship he has been missing in the wake of his parent’s demise, forgetting that behind beneath his loyal butler’s skin beats the dark heart of a predator.

Although there is something negative to be found in the twinning of androgyny with the monstrous, I think that what Toboso ultimately proves by playing on that connection in Black Butler is that we are perhaps more uncomfortable with androgyny then demonism, and this is the story’s unique appeal. The glimpses of Sebastian in his feminised demon form are more tantalising than his acts of inhuman strength and violence. Sebastian’s gender is a riddle that we – as readers in a gendered society – long to solve.

By night, Hannah is a geeky feminist blogger, but by day she is a freelance artist who specialises in comic book and children’s book illustration. Check out her website here if you’ve got a project you want to bring to life with bespoke artwork 🙂

And don’t forget to check out the official Cosmic Anvil website for original creator made comics!