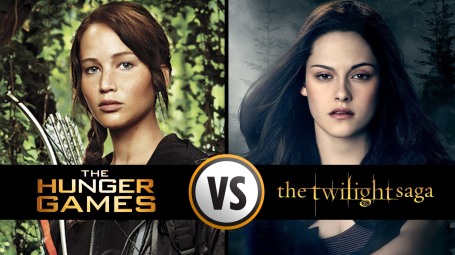 It seems like decades has passed since I stayed up all night to read the entirety of New Moon in my room, lying on my bed on my stomach, legs crossed in the air in the manner that all teenage girls seem to read books in films. My mum came in at about 6:00am and asked me why I was awake so early on a school day. “I just couldn’t stop reading this book,” I replied guiltily, but completely honestly.

Why was I feeling guilty that I’d become so desperate to find out if Bella and Edward managed to reunite? Well, because even at 16 years old I was well aware that the vampire romance series I’d become obsessed with was extremely…uncool? Fan-girly? And before you start sneering – Yes, I did laugh out loud when Edward revealed his sparkly chest to Bella whilst proclaiming that ‘this was the skin of a killer.’ Yes, I did become continually annoyed at Bella’s pretence that she was some sort of ugly, friendless outcast when every single male character – human and non-human alike – aside from her own father seemed to be desperate to invite her to the prom or take her home to meet his family of supernatural monsters. Yes, I was well aware that Stephanie Meyer’s descriptions of Edward were both ludicrously gushing and often contradictory. If you want proof of this I highly recommend the parody novel from The Harvard Lampoon, Nightlight, which as well as being a brilliant spoof is a surprisingly surreal book in its own right.

Actually, on the subject of spoofing, I think the reason why I enjoyed the parody so much was because I did genuinely enjoy the books so much. As I said before, there is a lot to mock and gripe about, but I can’t lie and say that I didn’t connect with some of the characters, I didn’t believe in the romance, and I wasn’t drawn into the storyline. (Well, for the most part… I mean one of the most negative aspects of every single book in the series – aside from the third one – is that the conclusions are disappointingly anti-climactic. This is actually something that the films do better: for instance, the build-up to the climax of New Moon promises an epic fight scene between Edward and the Volturi – the Head Vamps of all the Vamps. The film manages to give you this, but the book gives you…tense but polite discussion with mild threats that you doubt will be followed through on. I mean if Edward has ‘an Adonis-like physique’ I would like to see him put it to practical use PLZ. Also, FYI: Jacob’s character is completely ruined in the second book. Let’s move on from that though.) What I’m getting at is that parodies normally work best when the spoofing comes from a respectful or affectionate place. That’s why the Family Guy spoofs of Star Wars work so well. 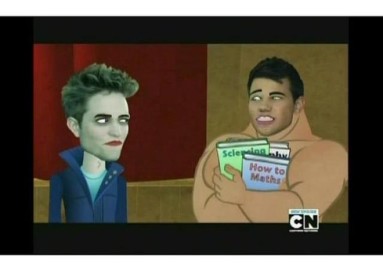 So, as much as I acknowledge and agree with a lot of the deluge (and it is an absolute tidal wave) of criticism that has been vented towards the Twilight franchise, and I certainly wouldn’t claim it is a piece of literary genius, I can’t say I’m not a fan of the series. I’m not a ‘Twihard,’ but I’m definitely not a Twihater. Is that a thing? It is now.

Now that a considerable amount of time has passed from the publication of the first book to the release of the final film instalment on DVD, it is safe to say that the dust has finally settled on the whole Twlight thing. Except it hasn’t. Because the current fan-girl fantasy franchise kid on the block is The Hunger Games, and for some reason, it seems to have been hailed as the ‘antidote’ to Twlight. Now, as I am currently only part-way through the third book (yes, I am bit a late to the party on this one) so I know it’s a bit unfair to judge it completely at this stage…but hey, I’m doing it anyway. Or at least, partly doing it. My probably controversial opinion is this: Having discovered Twilight through little fan pockets of sites like deviantART  – i.e when it was still under the radar of mainstream pop culture – I don’t think Twilight is as bad as everyone says it is, and, having been convinced to read Hunger Games after hearing so much adulation for it, I don’t think Hunger Games is as good as everyone says it is. There. I said it. I’ll admit on the Hunger Games front that this might have a lot to do with hype and heightened expectations, and despite reaching this opinion recently I would still recommend Hunger Games over Twilight to anyone after an easy-to-read fantasy series. I mean, Hunger Games is generally better written with a much deeper and more interesting storyline and less predictable character development with a more likeable female lead and is just generally a bit more head-scratchingly thought-provoking.

However, I would only say this if asked to choose between those two series’ specifically as they are strikingly different, and to hold them side-by-side so closely is unfair. The only strong lines of comparison are quite vague: they both have a plot that is carried by a young female lead, and both of these leads are thrust into fantastical situations and fall into love triangles. Those are quite general similarities. But because of the female leads, and because it is a fairly new idea to market a fantasy-action franchise at a young female audience rather than a young male one, their comparative positive and negative impact on their intended audiences has been assessed intently. I do find Katniss’ character a great deal less problematic than Bella’s, but the line of argument that a lot of critics – particularly feminist critics – use is that whereas Katniss is physically and emotionally tough as old boots, Bella is comparatively weedy and mopey. Okay, she does spend a lot of New Moon moping around, but I wouldn’t ever describe her as weedy. The idea that if you put a bow and arrow and a scowl onto a female character’s face she is automatically a satisfyingly feminist presence is completely reductive. Just because Princess Fiona can do karate in the Shrek series, it doesn’t mean that Dreamworks completely revolutionised the princess genre for the modern kick-ass cool girl age. It’s a good place to start, if nothing else. (If you want to know who I think is a genuine feminist icon for the kick-ass cool girl age I would happily point you in the direction of Lisbeth Salander of the Girl With The Dragon Tattoo series.)

Having made my way through most of the Hunger Games series now I can’t help but feel a tad disappointed by Katniss’ character towards the end, who seems to become physically and emotionally weaker as the story progresses. From her bold decision to take her sister’s place in the games in the first book to the groggy and wounded state the we find her in wandering around in by the third. It is very much a world that seems to be happening around her rather than being lead by her. She is continually manipulated, paraded around, or concealed, with both predominantly patriarchal sides of ‘good’ and ‘evil’ preferring to use her as a symbol rather than a physical presence to achieve their own ends. If you want to compare this to Twlight, which is what most critics choose to do, then this character arc is again strikingly different; oppositional, in fact.

If you examine Bella’s character arc she is presented in the first book to be a normal, introverted teenage girl and by the end of the final book is transformed into a super-powered young mother. The mother thing is also key here because – and I write this as a pro-choice supporter – when met with rigid opposition, including from the person she loves the most, Bella fought for control over her own body and fought for her right to choose to have that child…even though I was kind of on the side of the nay-sayers at the time when reading it…but still, it was her decision to make. Bella drove the entire plot of that final book and for the most part does so in all of the previous instalments too. On the surface, I think it is easy to miss this and see her as a feeble lead, just as a think on the surface it is easy to see Katniss as being a consistently strong lead when actually her strength and direct impact on the plot – although satisfying at the start – continually diminishes.

This is a very general observation, although none-the-less one I think people should consider if they want to compare these two. I would also add that Katniss’ waning control in the story is not something I think is necessarily a weakness of the story itself. It makes perfect sense within the genre that it has clearly been written in – dystopian quasi-science fiction in which doom and gloom abound, and social and political upheaval suck its character’s into a spiralling trap of helplessness and frustration. Similarly, Twilight inhabits its gothic, supernatural melodrama genre perfectly well. In terms of science fiction, Katniss represents the typical human element that becomes helplessly swept up and subsequently powerless in a futuristic world. In terms of fantasy, Bella represents the typical human element that actively seeks out and is ultimately empowered by an ancient world.

On a side note, it is also interesting to note the parallels between the main male love interests – Edward and Peeta, who are both refreshingly caring, sensitive, artistic, and convincingly admire and adore their female counterparts without question. The hint at reversed gender stereotypes in these two relationships – which is admittedly clearer in Hunger Games than Twilight – is actually far more progressive than simply having a strong female lead alone, and far more important for a young audience to be influenced by today.

Perhaps a lot of the flack that Twilight receives is flack towards fangirl culture in general, which I think is more sexist than people accuse the series itself of being. Yes, there are some ridiculously obsessed fans out there who happen to be mainly women, but surely there are far worse franchises out there that appeal to fan-boy culture. The Transformers series, for instance, offers a far more damaging view of women, who are really just curvy ornaments around the orgy of explosions and shiny things with wheels. It is also interesting that none of these male-angled franchises’ feel the need to directly appeal to women in the way that the Hunger Games and Twilight marketing campaigns felt the need to by saying ‘thank goodness boys will like them too because there’s some fight scenes and CGI stuff going on.’ Not that I think fight scenes and CGI stuff isn’t appealing to girls and romance isn’t appealing to boys. I enjoy both in equal measure, and quite frankly could have done with more action in the Twilight series and less romance in the Hunger Games.

I am now going to go back to reading the final Hunger Games book and hope that Katniss gets stuck into more of said ‘action’ by the end.